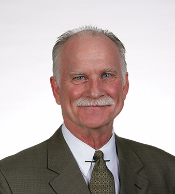 Mr. Sterrs currently serves as the Board Chair of UniTek, Inc. and its telecom subsidiary, UniTel, Inc., and formerly served as the Chief Executive Officer of each company. Mr. Sterrs began his career working with ConTel Corporation across the Northeast where he had executive management responsibility in network design and planning, and held various operation, legislative and regulatory positions in project management, management training and operations management. From 1991 to 1994, Mr. Sterrs worked at Berry Dunn McNeil and Parker, LLC as manager of telecommunication consulting. Mr. Sterrs has also served as the vice-chair of the Maine Telecommunications Infrastructure Steering Committee and a variety of other telecommunication steering committees. Mr. Sterrs has served as the Board Chair and Chief Executive Officer of the Unity Foundation since 2001, and also currently serves as a board member of the Telecommunications Association of Maine. 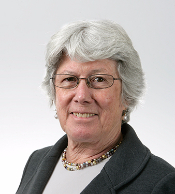 Ann W. Bresnahan has been a full-time volunteer and civic leader since 1970. Ms. Bresnahan has served as trustee of PenBay Healthcare since 2005 and currently serves on the physicians and associates board. Ms. Bresnahan is a past Chair of PenBay Healthcare Foundation and continues to serve as a board member. Her past community involvement includes Camden Outing Club, Owls Head Transportation Museum, The Hurricane Island Outward Bound School, The Ethel Walker School, and the First Congregational Church. She is currently treasurer and board member of Partners for Enrichment.

Craig N. Denekas became a director of Camden National Corporation in 2017 and currently serves as Trustee, Chairman and Chief Executive Officer of the Libra Foundation. In addition to traditional grant-making throughout the state of Maine, the Foundation takes an innovative approach to its investing by establishing or acquiring several companies to create sustainable businesses and employment opportunities for Maine citizens. Prior to joining the Libra Foundation in 2001 and serving in multiple leadership positions before his appointment as Chief Executive Officer, Denekas was a director and shareholder at the law firm of Perkins, Thompson in Portland for over a decade. While at the firm, Denekas focused on corporate acquisitions, business law, real estate and commercial lending. He has served as a Trustee and on various board of directors including the Barbara Bush Foundation for Family Literacy out of Florida, the Fisher Charitable Foundation in Maine and was past Chairman of the Board of Trustees of Maine Public Broadcasting. 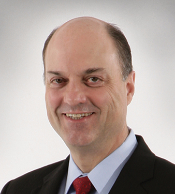 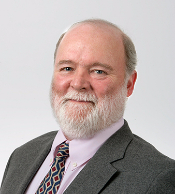 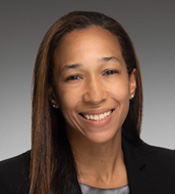 Rebecca Hatfield is the President and Chief Executive Officer of Avesta Housing, overseeing more than 100 properties located in Maine and New Hampshire. Avesta Housing provides safe, affordable homes and support services for 5,000 people. Prior to joining Avesta, Hatfield was a senior vice president at Citigroup, working in various roles within the private, commercial and corporate banks. In addition to her nonprofit leadership, real estate development, and property management experience, she has over 15 years of experience in finance, with a focus on deal structuring, underwriting, risk analysis, portfolio management, and relationship management. Hatfield’s previous employment also includes five years as a software and network management engineer, serving as project manager and lead developer. 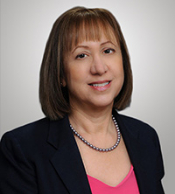 S. Catherine Longley serves as the Vice President and Chief Financial Officer at The Jackson Laboratory in Bar Harbor, Maine, a non-profit institution focusing on genetics to advance human health, a position she has held since 2016. Prior to joining The Jackson Laboratory, she served as Senior Vice President for Finance and Administration and Treasurer at Bowdoin College in Brunswick, Maine for fourteen years. Ms. Longley served as the Commissioner of the Maine Department of Professional and Financial Regulation in the cabinet of former Governor Angus S. King, Jr. from 1995 - 2002. From 1983 - 1995, Ms. Longley practiced law at the firm of Verrill Dana LLP located in Portland, Maine as a partner in its corporate law department. Ms. Longley currently serves as a trustee of Wheaton College in Norton, Massachusetts.

Marie McCarthy became a director of Camden National Corporation in 2018. She currently serves as Chief Operations and People Officer of L.L.Bean, where she’s worked since 1993. Throughout her career, McCarthy has worked primarily in Human Resources, and her role has expanded in recent years to include oversight of L.L.Bean’s Operations, including Fulfillment, Returns, Manufacturing, Customer Satisfaction and Corporate Facilities. She is a member of L.L.Bean’s Investment and Retail Real Estate Committees, she convenes the Corporate Real Estate Committee, and she serves as Chair of the Benefits Committee. McCarthy is a dedicated community member, currently serving on the Board of Maine Medical Center, and she has also served on member agencies and a scholarship committee of the United Way. 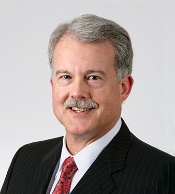 Mr. Merrill joined the board of Camden National Bank in 2011. He is the president of Merrill Furniture in Ellsworth and is a director of Merrill Blueberry Farms. Mr. Merrill serves on the Ellsworth Business Development Committee. He was named the Ellsworth Area Chamber of Commerce 2010 Citizen of the Year, and he currently serves on the Ellsworth Area Chamber of Commerce Finance Committee and is secretary of the City of Ellsworth Harbor Commission. Merrill is a former board member of Maine Coast Memorial Hospital, for which he formerly served as treasurer, vice chair and chair. He was also chair of the Maine Coast Memorial Hospital Emergency Department Capital Campaign. 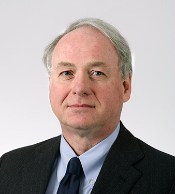 James H. Page, Ph.D., is the Chancellor of the University of Maine System, with responsibilities for its seven campuses, law school, and associated programs and facilities, a position he has held since 2012. Previously, Dr. Page was Chief Executive Officer of the James W. Sewall Company in Old Town, Maine, which provides comprehensive consulting services in forestry, engineering, and geographic information management. Dr. Page has also been an Adjunct Professor as well as a member of the Board of Visitors at the University of Maine at Orono. He was a founding director of the Gulf of Maine Oceanographic Observing System. He is also an ex officio board member of the Alfond Scholarship Program.

Carl Soderberg is the President of Soderberg Company, Inc., a construction company in Caribou, Maine. He has served on numerous board of directors, including First Citizens Bank as Vice Chairman from 2005 – 2007 and on the Loan and Audit Committees from 1996 – 2007. Soderberg previously served as a board director for the University of Maine at Presque Isle Foundation. He currently serves on the board for the Cary Medical Center Hospital, where he chairs the Finance Committee, and for the Big Rock Mountain Ski Area in Mars Hill. 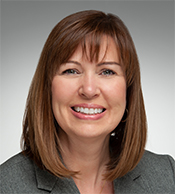 Ms. Sawyer is currently President and CEO of Apex Financial Consulting, where she provides contract CFO services to companies in need of interim financial assistance. Ms. Sawyer is a certified public accountant and a designated “Financial Expert” under the NASDAQ rules. Previously she served as the Vice President of Corporate Finance and Corporate Controller for five years at WEX Inc. (NYSE: WEX), a publicly-traded company having market cap of over $6.8 billion. Prior to that position she served as the Vice President, Corporate Controller for more than 10 years at Fairchild Semiconductor International, Inc.. From 1998 to 2000, Ms. Sawyer was employed by Cornerstone Brands, Inc. as Director of Financial Planning and Reporting. Prior to 1998, Ms. Sawyer worked at Baker, Newman & Noyes, LLC and its predecessor firm, Ernst & Young. She serves on the Board of Directors of the Gulf of Maine Research Institute, where she is Treasurer, Chair of the Finance Committee, and a member of the Executive Committee.